Hello.
I recently changed the toolhead on my lulzbot mini to an aerostruder v1. I updated the firmware when prompted in Cura LE, but now the printer crashes on the x and y axis’s before it starts a print. This happens after it successfully homes and auto levels. Sometimes it will only run into itself for a second before starting a print, but most of the time it will keep trying to move until it sends a kill signal. Does anyone know what could be causing this? I’ve tried using different computers with different operating systems, but it does not seem to have helped. I have attached a video of the printers behavior.
Thanks 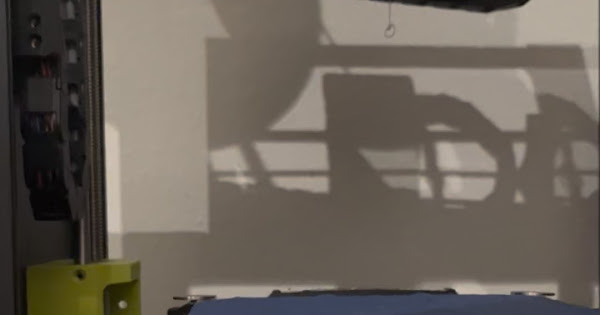 Was this GCODE written for the previous firmware? If so it’s almost certainly an incompatible startup sequence.

If this is new GCODE written with the same version of Cura that upgraded the firmware, please provide the startup section that has been output:
It looks like everything through probe sequence is fine, so it’ll be around this section from my startup GCODE here:

Can you manually heat it up and issue the g29 command?

Yep, it causes all 3 axis’s to crash when I issue the G29 command.

If the G29 screws up, it’s something in firmware for sure. Do you remember the version you had before this update?

Looking in the code, there is Z_PROBE_END_SCRIPT, which looks like where the error would be.

I do not remember which firmware I had before the update. Ill try flashing some of the older versions to see if that fixes it.

The 2.0.9 code I was looking at didn’t look like it had anything following the G29, but I’m not great at coding Marlin, so it’s entirely possible I just can’t find it.

Be sure you’re reflashing the EEPROM as well, to get it as clean as possible.

I have downgraded to the Aerostruder 1.1.9.28 firmware on the lulzbot website. I cant seem to find any other version except for the 1.1.9.34 that cura provides. Still, issuing the g29 command results in the same behavior with cura saying that the nozzle wipe has failed.

There’s the “stable” firmwares here, which I believe were the ones included with hardware:
It can usually be found in C:\Program Files (x86)\cura-lulzbot 3.6\resources\firmware - just look for the 2.0.0.144.hex for your Mini.
Index of /Software/Marlin/2.0.0.144 (lulzbot.com)

There’s also firmware here, the development versions which may have bugs, but usually keep pace with the versions of Cura released on the website
Index of /software/Marlin/2.0.0.174 (lulzbot.com)

No problem, glad to be of help.