I bought a replacement toolhead on Amazon after a user error caused the hot end and quite a bit higher to be encased in a huge blob of nylon.

I noticed right off the bat the left and right fan ducts on the new toolhead were not mirror images of each other. I chalked it up to some engineering optimization, and installed the toolhead.

What I didn’t notice at first is the left fan duct hung lower than the nozzle. The right fan duct didn’t. That caused the left duct to crash on the bed. The poor machine was still struggling to print as I aborted it.

Since it was obvious what was wrong after a good look, I decided to swap out the left fan duct with my old one. Even though that old duct was partially melted, it solved the problem. It’s printing fine right now as I type this.

I urge people to be aware and critical when looking and Lulzbot OEM replacements and upgrades. I don’t think my problem was a design flaw since I can’t imagine they would ever have designed the ducts this way. I believe it is a Manufacturing/QA problem. I believe somebody just assembled the toolhead with the wrong part. 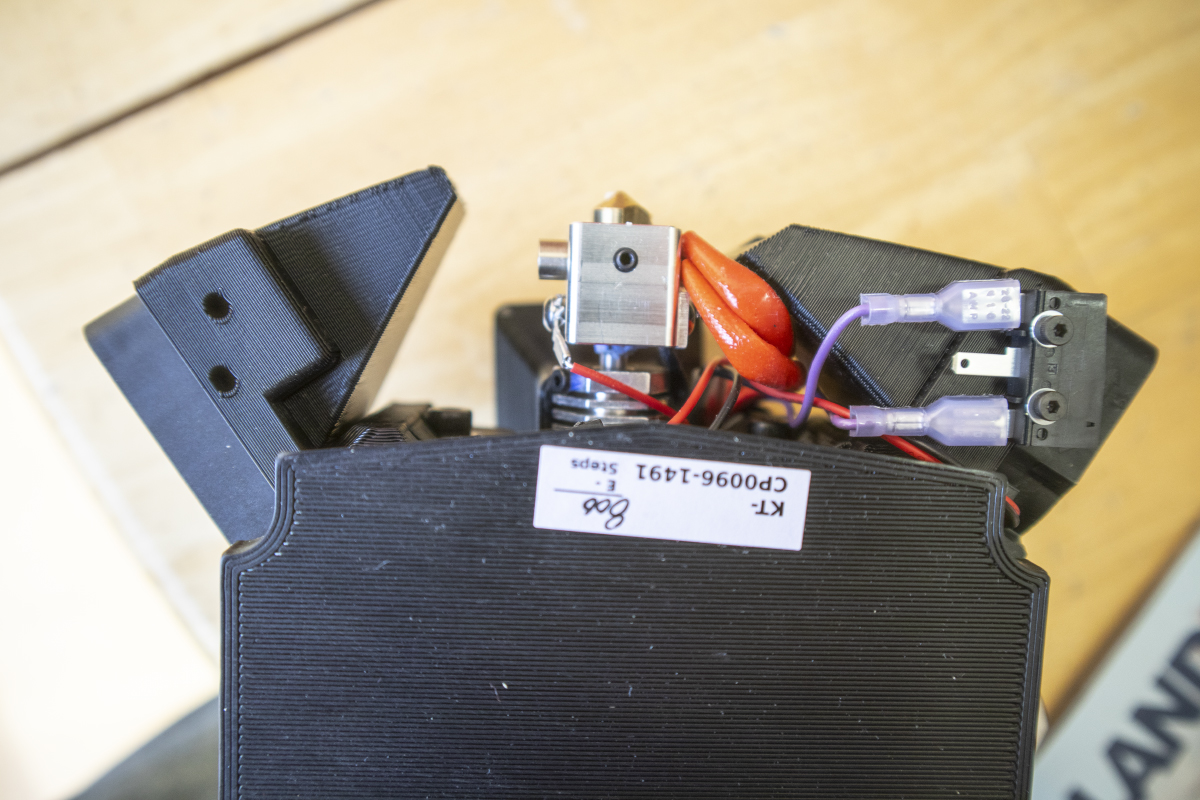 Yeah, that’s not the correct duct.