We got our TAZ-5 in December. We buy PLA from Faberdashery (who are really nice as well as selling good stuff). Their filament comes in coils, rather than on any kind of spool. So, just like I did for our Huxley, I have produced a kit for a filament spool. See picture below.

Unlike the other existing design I found, this spool is designed to let you easily remove one coil and replace it with another, which is helpful if you have more coils than you want to keep immediately ready. There’s also a prong-like storage arm you can screw to a wall or some such, for storing loaded spools.

The stl files and more pics are on my website here: http://www.chiark.greenend.org.uk/~ijackson/2016/filamentspool-v2-release/

Light duty version, on the printer: 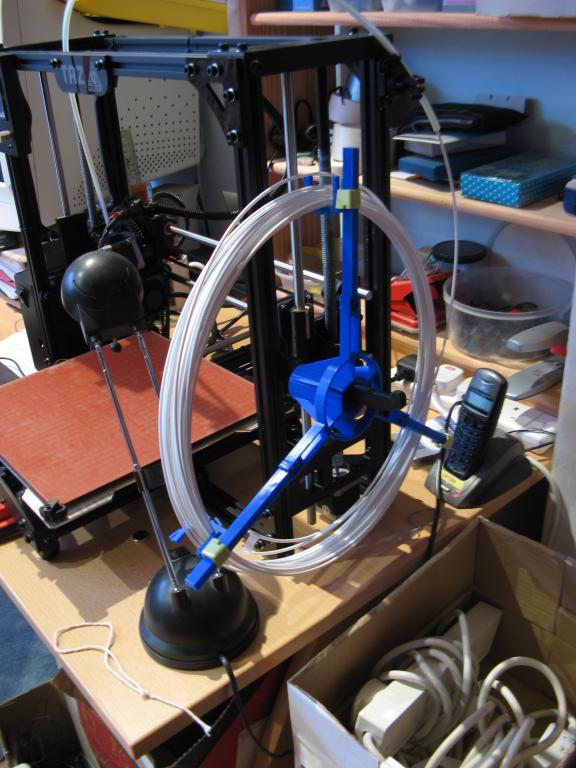